Since beginning his professional career, Tony has been commissioned to produce original artwork for over 50 posters for local and regional festivals. He has also produced the official Posters for Schaeffer Crawfish Boil in Birmingham, AL, the Washington, D.C. Mardi Gras in 2015, and the 2017 Gator by the Bay in San Diego, CA. He has produced art for professional athletic teams, NASCAR, SEC, and Sun Belt sporting events.

Tony is also known as a very talented portrait artist. He painted the official portrait of Louisiana Governor Bobby Jindal and a portrait of First Lady Supriya Jindal. He has also painted portraits of several grammy award-winning and national recording artists such as Hunter Hayes, Dave Matthews, Wayne Toups, and D.L. Menard. 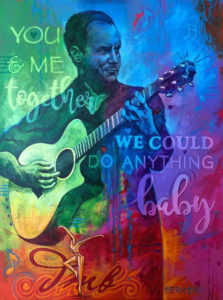 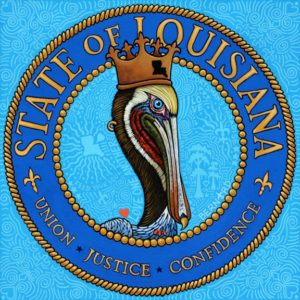 Tony Bernard was commissioned by the Louisiana Secretary of State to design the second-ever commissioned official Louisiana voter stickers. Over 3 million stickers were printed. 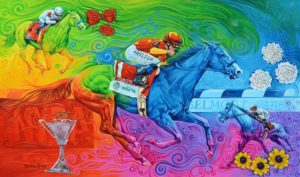 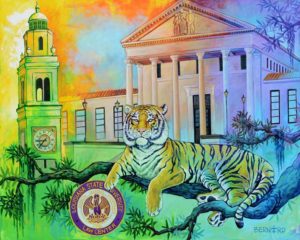 48”x60” acrylic on canvas. Commission for the LSU Law Center 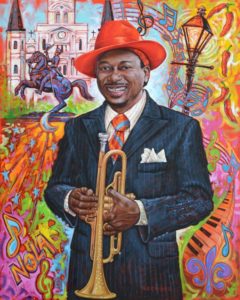 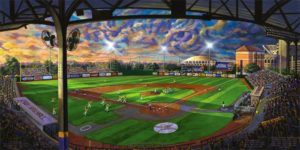 Last Game at the Old Alex 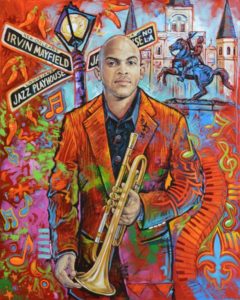 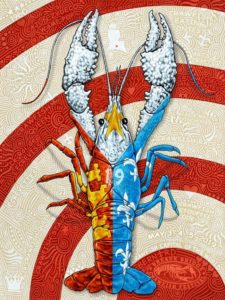 For the 9th year in a row, Tony was commissioned to design the poster for the Breaux Bridge Crawfish Festival. 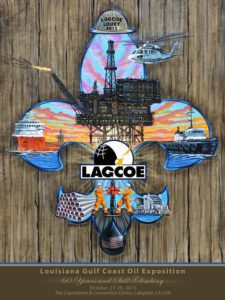 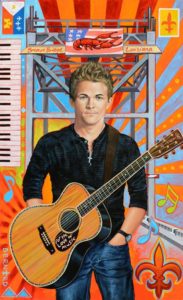 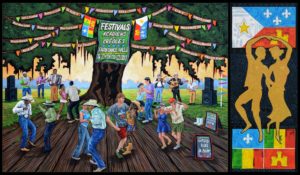 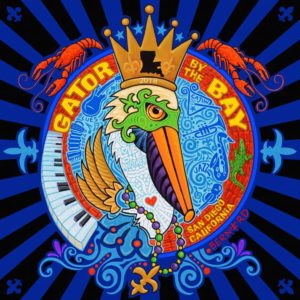 Commissioned official festival poster for Gator By The Bay in San Diego, California. 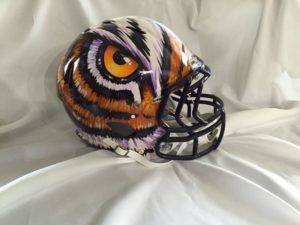 Thank you for your interest in our work. To inquire about the possibility of Tony Bernard creating a new design for your project, please complete the below form.